EURASHE focused on the Next Generation PHE for its Annual Conference 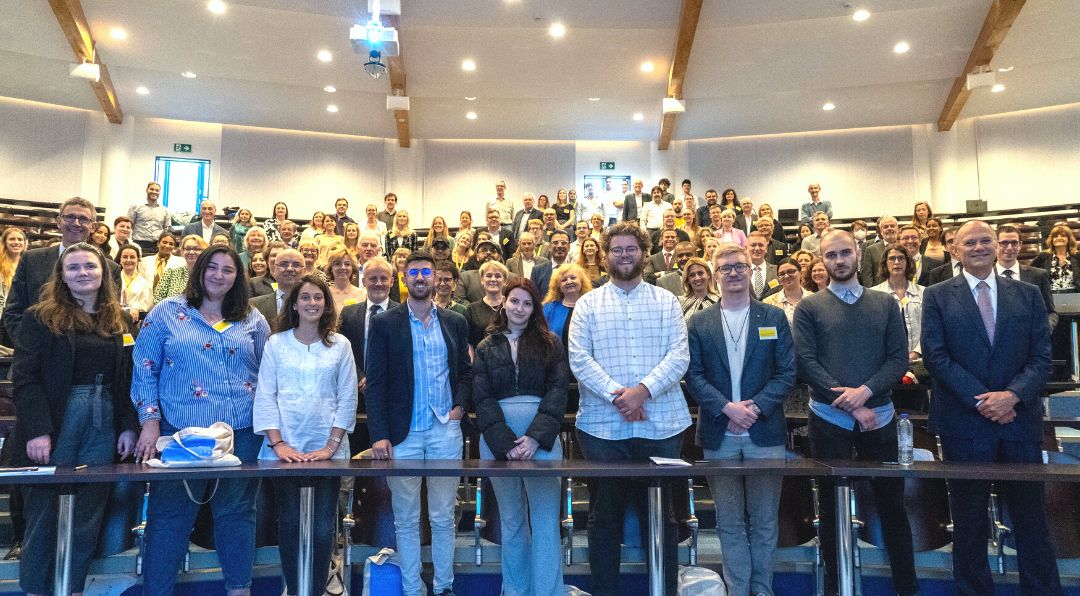 The event, celebrated at Haute École EPHEC between the 22nd and the 25th of May, was co-organised by EURASHE, its members ARES and EPHEC, and Wallonia-Brussels International, gathered more than 180 participants from 20 different countries. In addition, and matching with the European Year of Youth, EURASHE invited ten students from around Europe to represent the next generation and share their significant insights.

The conference programme opened on the 22nd of May, with a guided visit around Brussels, followed by a pre-conference reception at the University Foundation with a speech on the Civic University from prof. Emeritus John Goddard.

On the 23rd, the day started with a welcoming session with speeches by Pierre-Yves Jeholet (Minister-President of the Government of the Federation Wallonia-Brussels), Armando Pires (President of EURASHE), Emmanuelle Havrenne (Vice-Chancellor and Managing Director of Haute École EPHEC), Laurent Despy (Administrator of ARES) and Mariya Gabriel (European Commissioner for Innovation, Research, Culture, Education and Youth).

The day programme followed with two Panel discussions, a session on Alliances within the European Education Area and parallel sessions. The day ended with a Gala Dinner at the Natural Sciences Museum in Brussels.

The next day started with a special session on the Stand by Youth initiative by Andrew Paterson (Senior Counsellor at OECD), John Edwards (Secretary-General of EURASHE) and Roosa Veijola (EU Policy Advisor at SAMOK). The session was later followed by the Keynote speech of Viktoria Kis (Policy Analyst at OECD), which focused on Professional Tertiary Education, a Policy Roundtable on Place-based Research & Innovation, and a session on Centres of Vocational Excellence.

Finally, EURASHE and its conference partners held the closing ceremony with a wrap-up of both days, sharing the conference’s key messages by Adam Gajek (Senior Policy Advisor at EUROCHAMBRES). During the ceremony, EURASHE held the first PHE Star Awards to acknowledge the best practices presented throughout the conference, recognising the work and impact of innovative projects around Europe and beyond.

EURASHE is delighted to announce that next year’s conference, #EURASHE32, will be held in Romania, organised together with the University POLITEHNICA of Bucharest.