EURASHE is an international non-profit association according to Belgian law. Its organisation is based on its statuses and by-laws. Its governance structure is made up of:

The General Assembly is the sovereign body with full powers in the realisation of the mission and aims of the association.

According to the statutes, the responsibilities of the General Assembly are

The Board is the executive body of the association.

According to the statutes, the responsibilities of the Board are:

In case of litigation, to jointly take the necessary actions both as a plaintiff and defendant. Such responsibility may also be delegated by the Board to the Secretary General, on behalf of the Association.

See all
board members

It is the head office in Brussels, from which the association is run on a daily basis. This is the responsibility of the Secretary General who liaises with the members of the Board and General Assembly: 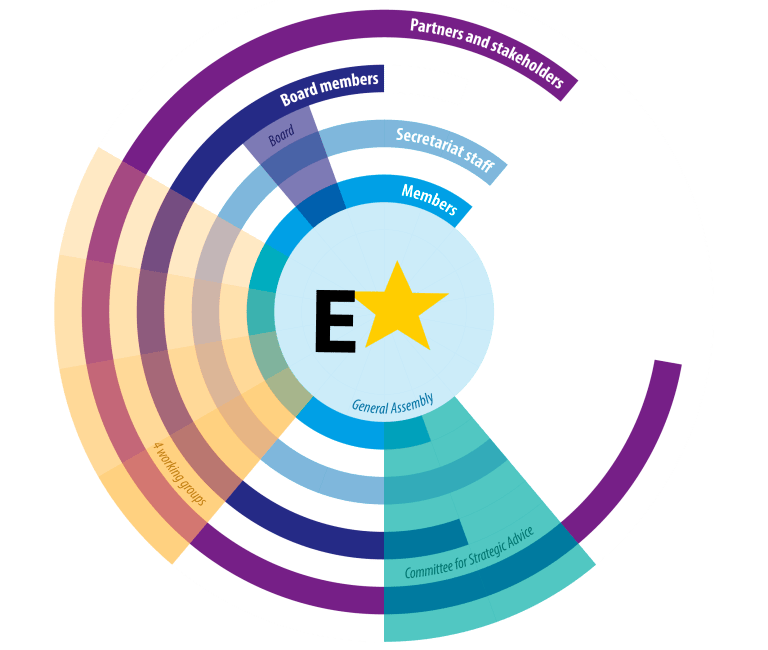